Virtual Screening: Up From The Streets 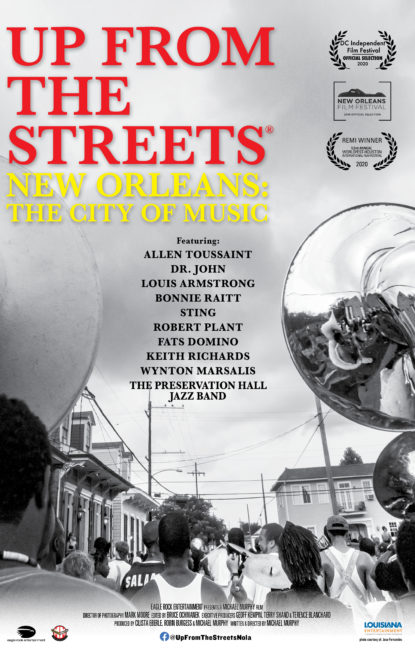 A feature length documentary that looks at the culture of New Orleans through the lens of music. New Orleans has a distinct history of its political and social history. There is a thread that runs through the city that can be heard from the drumming at Congo Square in the 1700’s through to today’s vibrant music scene. The music of this city is a powerful form of expression. It was a vehicle to communicate a desire for freedom, express frustration of the injustices of segregation and Jim Crow laws, a healing force that helped bring the city back from the devastation of Hurricane Katrina, and is still a vital form of expression against ongoing cultural & racial biases. Executive Producer Terence Blanchard, and Director Michael Murphy, show how the culture of the city is reflected in its music, how music impacts culture; and how even in the darkest of times, music lifts and unites.