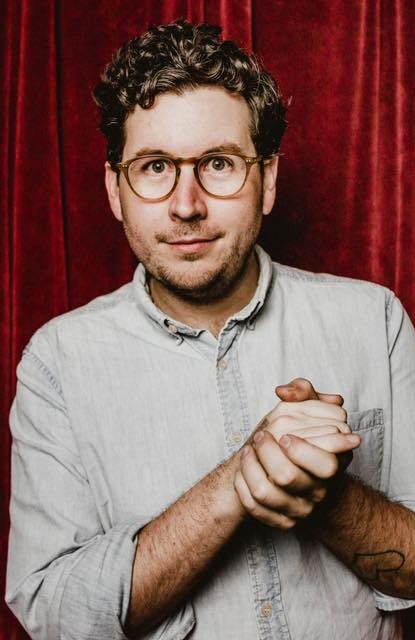 7:30pm, May 30th. $10 advance, $12 day of.
J.F. Harris is a former NYC now LA based stand up comic and writer. You may have seen his stand up on The Late Late Show with James Corden or Bill Burr presents The Ringers on Comedy Central. J.F. has written for big stars like Will Smith and shows like Netflix’s Magic For Humans. He tours regularly in arenas with his good friends The Impractical Jokers. J.F. also headlines clubs around the world from Hong Kong to Australia, The US and Canada. He’s been a part of the NY Comedy Fest, The Kennedy Centers District Of Laughs, Just For Laughs Road Shows, Wild West Comedy Festival, Guild’s Laugh Fest and many more. If you are in NYC you can probably catch him at The Comedy Cellar or New York Comedy Club and if you’re visiting Los Angeles hosting WORKSHOP, a new material show at The World Famous Comedy Store the last Tuesday of every month. J.F. is also regularly at The Comedy & Magic Club, The Laugh Factory and The Hollywood Improv.